Our face is not who we are. It is ephemeral, changeable, and shallow. And yet, in our society, it dictates how we are seen, heard and valued. Over this past summer in the United States and in the past week at Sewanee, I’ve witnessed the  pain of Black citizens and students over the effects of blatant racism. More disturbing still is the indifference of the majority that enables the systems that hurts communities of color. It made me deeply sad that my Black friends felt unsafe, unvalued, and unheard. Originally all I wanted to do with this project was what I could to make people feel happy and loved, but I also wanted to pair that with conversations and learning. Since our society chooses to base so much of a human’s worth on their skin, yet favors “colorblindness” over acknowledging the reality of color, I thought I could accept the importance and beauty of skin, in full color and in all its glory by painting it, while pairing it with the voice of the human underneath it. I asked some of my Black classmates if they would be willing to be painted and share some of their thoughts regarding their experience of race at Sewanee. It is my hope in sharing this with a wider audience that it will become easier to harmonize the beautiful superficiality of skin with the deeply internal lived experience that it implies. These are our classmates, our friends, and our brothers and sisters, and they are beautiful and valued. I would encourage you to look as well as listen, and if you are a Black community member at Sewanee, I would love to paint your portrait and hear your thoughts. 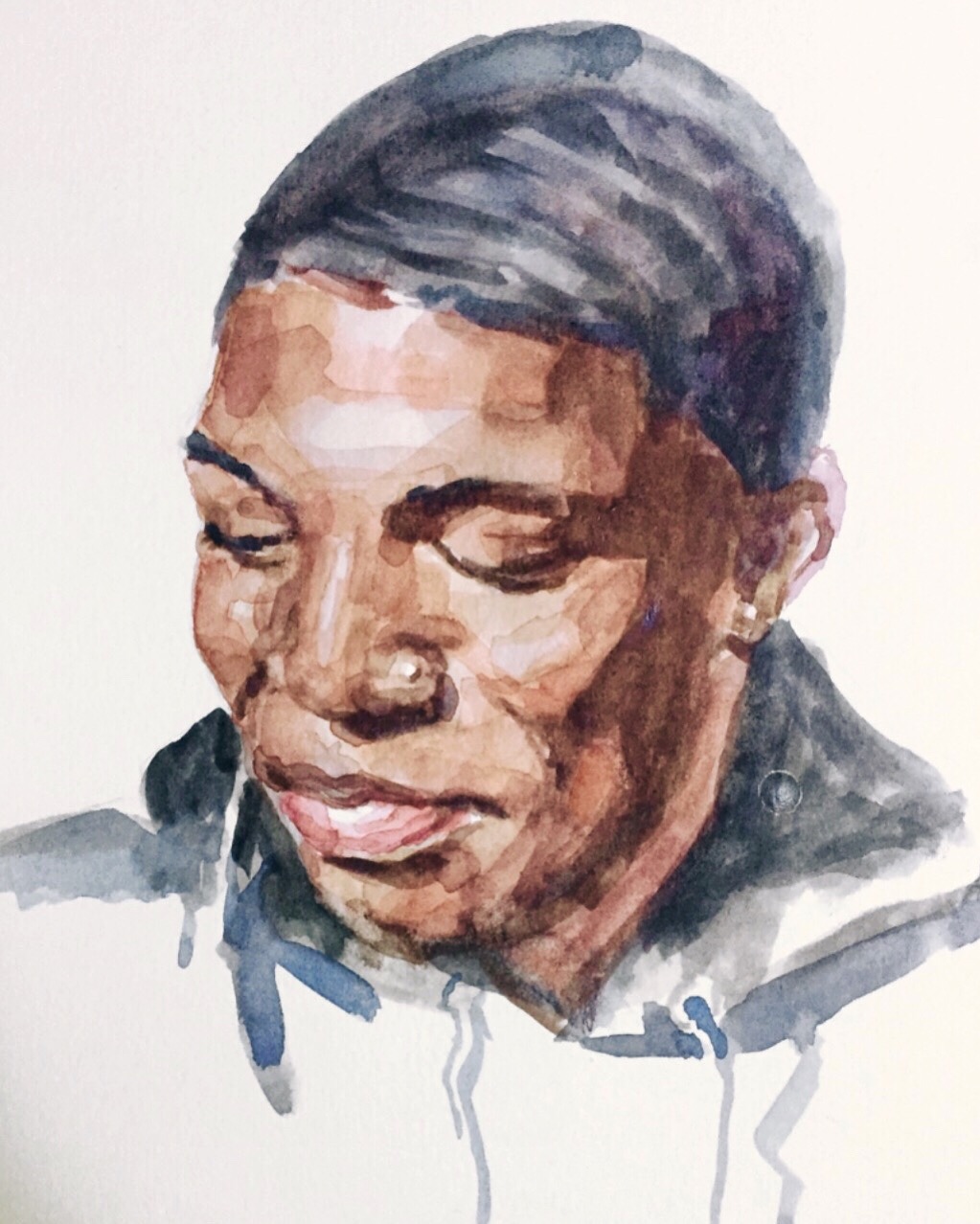 “If you wanna show support, the first thing you gotta do is show up. On campus, it may look like going to events that you ‘usually’ wouldn’t go to, more specifically events led by black people and persons of color. Go even further by getting involved. Stuff you can do has always been there, and will always be there. It’s up to you to take that initiative. And it’s okay to be uncomfortable! Bring a friend! Being a minority on campus coming from DC, a place where I’ve usually been the majority, I’ve gotten more comfortable with being uncomfortable, and I think y’all can do the same.” 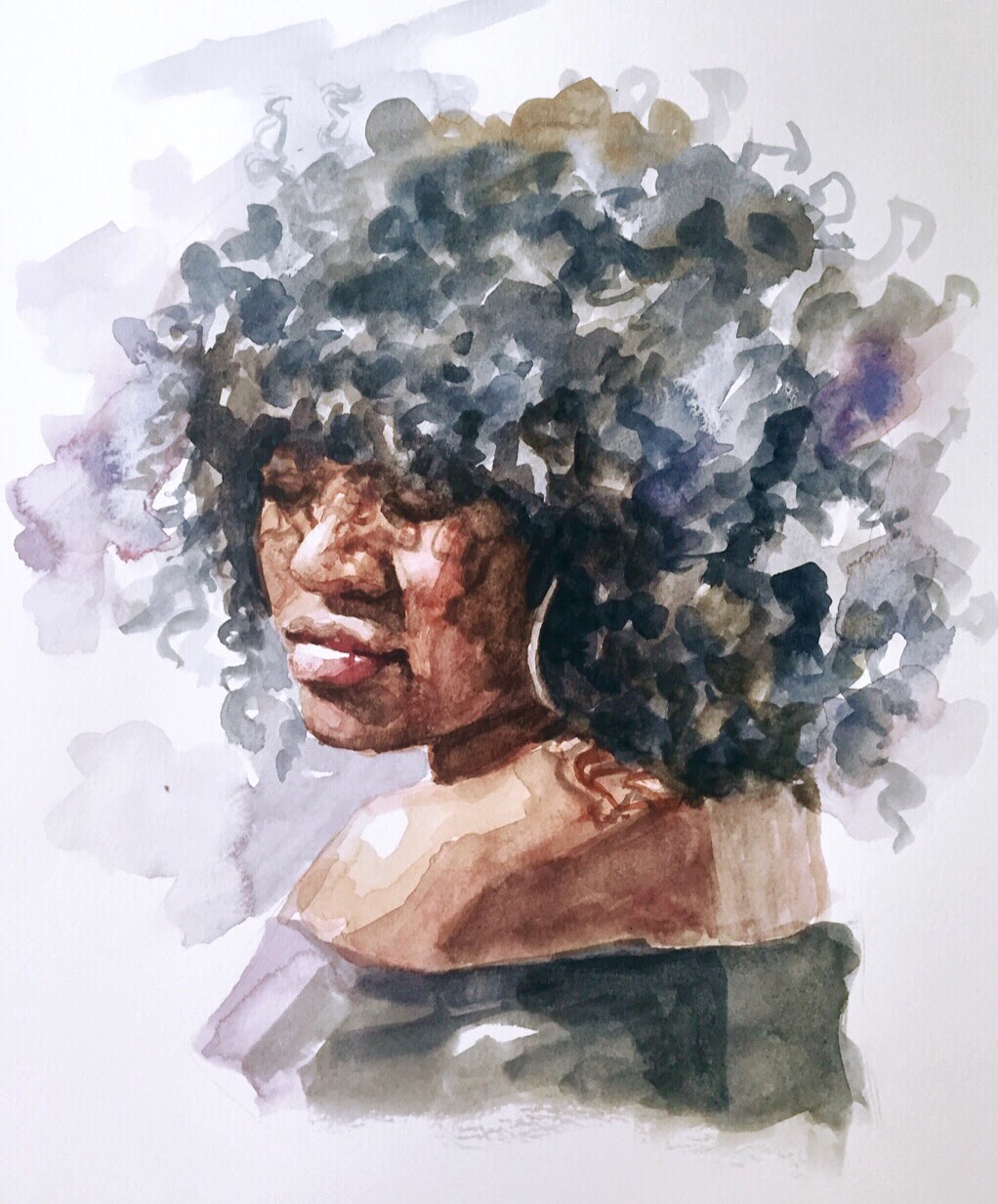 “Stand in your power.” 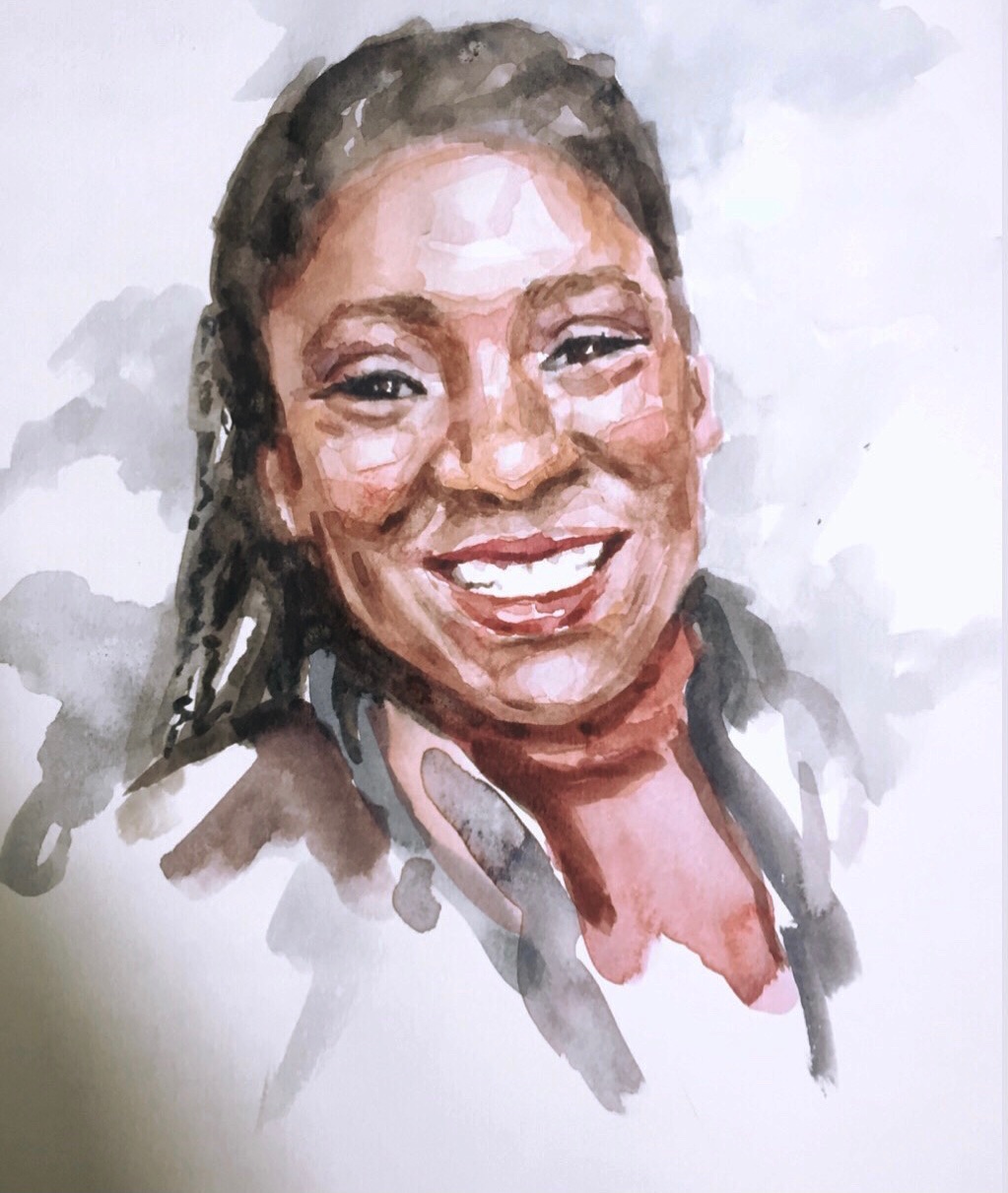 “I remember the first time I had the feeling that I did not belong at Sewanee simply because of my race. It was shortly after I committed to the school. My mom’s coworker responded to the news saying, ‘Why is she going to Sewanee? That’s a school for rich, white kids who like to party.’ Before even setting foot on campus for FYP, someone had put a seed in my head: ‘you don’t belong here.’ This was only reinforced when I learned of the university’s history and ties to the confederacy. Building names, monuments, and plaques a constant reminder: ‘You don’t belong here.’ In my time on campus, I was taught early on that when there isn’t space for you at the table, you bring your folding chair. But why the need for the folding chair in the first place? ‘You don’t belong here.’ Finally, I accepted it. Maybe they were right. Being black at Sewanee has shown me that I will occupy a lot of spaces in which I don’t belong. Where my voice isn’t welcomed. So I am grateful to the people along the way who have taught me that being welcomed is not a requisite to being my full, authentic self everywhere that I go. You won’t see me dragging along my folding chair anymore. Folding chairs are temporary. I’m here to stay. I’m here for my seat at the table.” 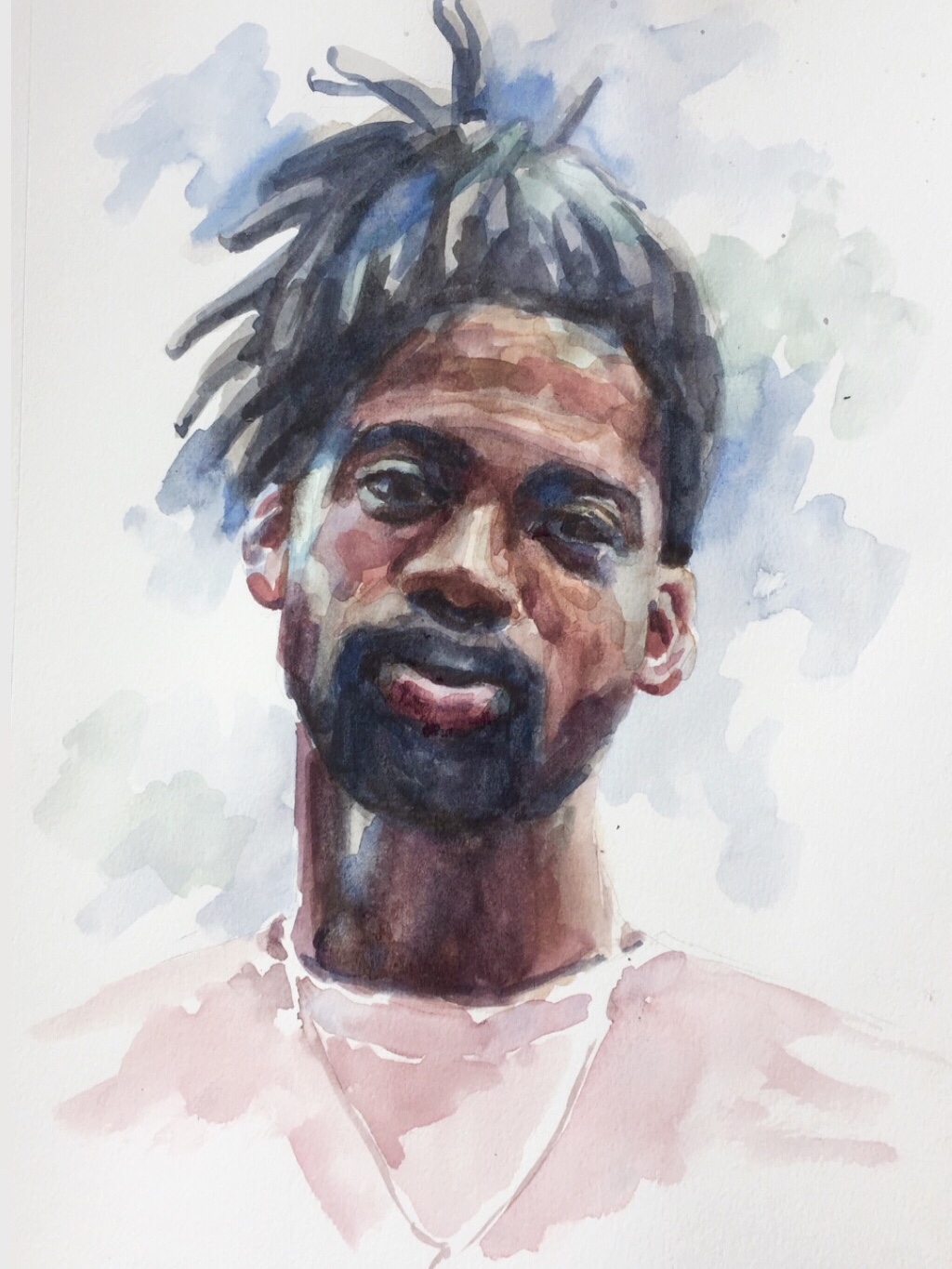 “Being black on campus is hard to explain. It’s like ppl be fake as shit up there. They fuck with you individually but as a collective they can be fake. You work on a project and you all talk but after that class they don’t know you. Then the culture at Sewanee is not inclusive to all unless you do what everyone else does. The black culture is small but we stand arms open to all but after being let down and mistreated by many it takes a toll. I’ve even experienced it in the classroom. A teacher once told me I could not have someone write for me when my hand was broke in class and they said they wish I acted more like another student with my attitude. I also had a teacher give me a lower grade than another student that was gone for months and that I actually helped prepare for class, and I’m glad he got a high grade but I will say that was not fair.” 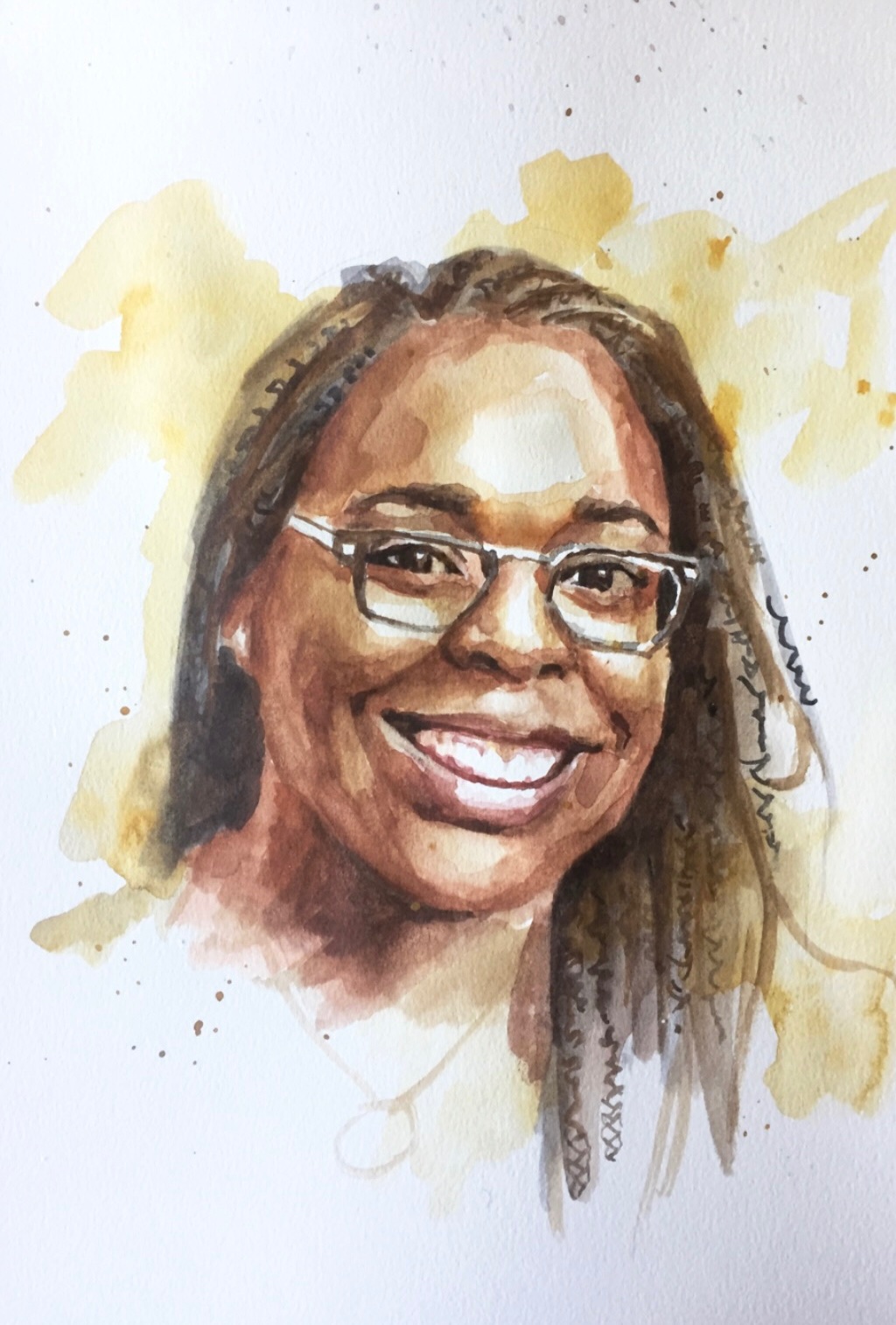 “It’s time for systematic change. Racial injustice is bigger than politics, it’s about being humane. If you can justify and make excuses for the unlawful killing of black people, that doesn’t describe your political affiliation, it describes your lack of care for human life.” 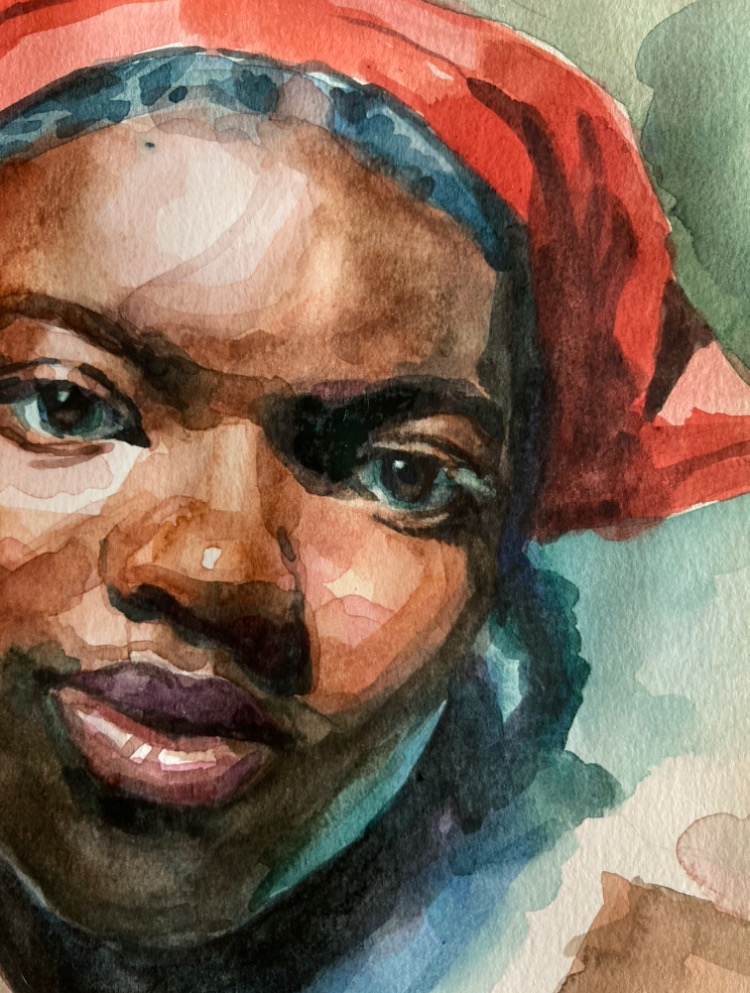 “For me, being on Sewanee’s campus is realizing that when I walk into a room, I am not only representing myself. I am representing black people, black women, and black immigrants. It’s not easy having to play all these roles while also trying to find yourself. But like W.E.B Dubois ‘there is no force equal to a woman determined to rise.’” 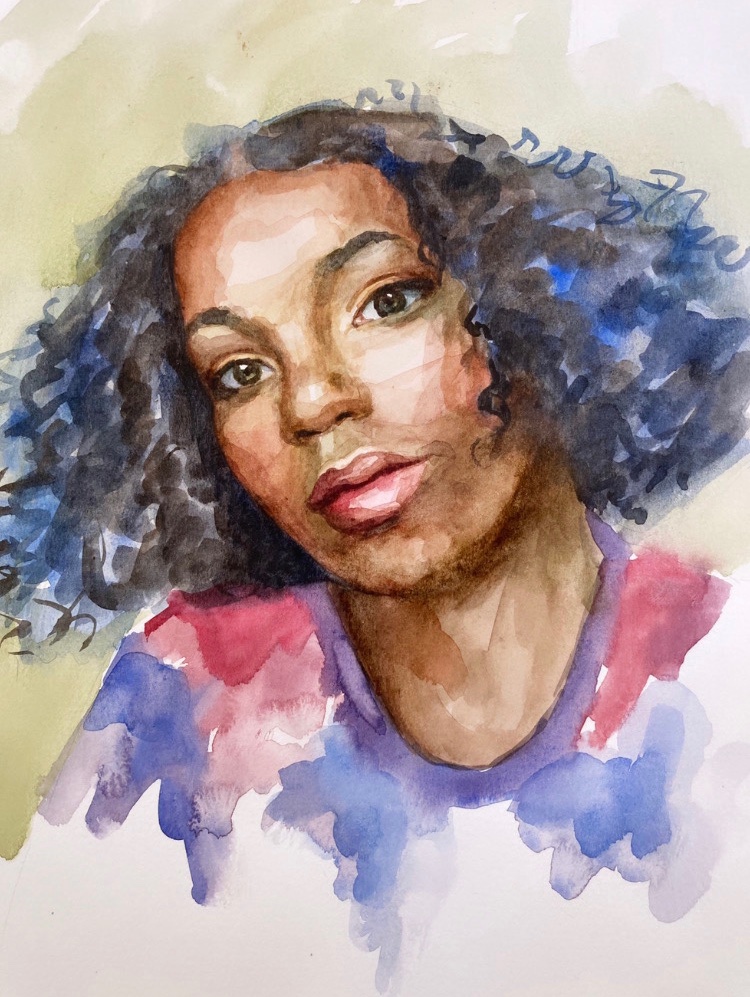 “Oftentimes I fall victim to the ‘Angry Black Woman’ narrative. It feels as if I’m in an ongoing training of how to not make white students feel like a ‘victim’ when I verbally express myself and the things that I disagree with. The biggest challenge I have faced at Sewanee is protection of my reputation. I have reached a point where I no longer care to breathlessly explain why I raised my voice at a white student who had been verbally attacking me for over 45 minutes while I remained entirely CALM. The worst part about it is that the “mediator” or “facilitator” of this dialogue (a facilitator) had been on the verge of tears defending the actions of this white student and shared with me how I could better engage in conversations as such. I am TIRED.” 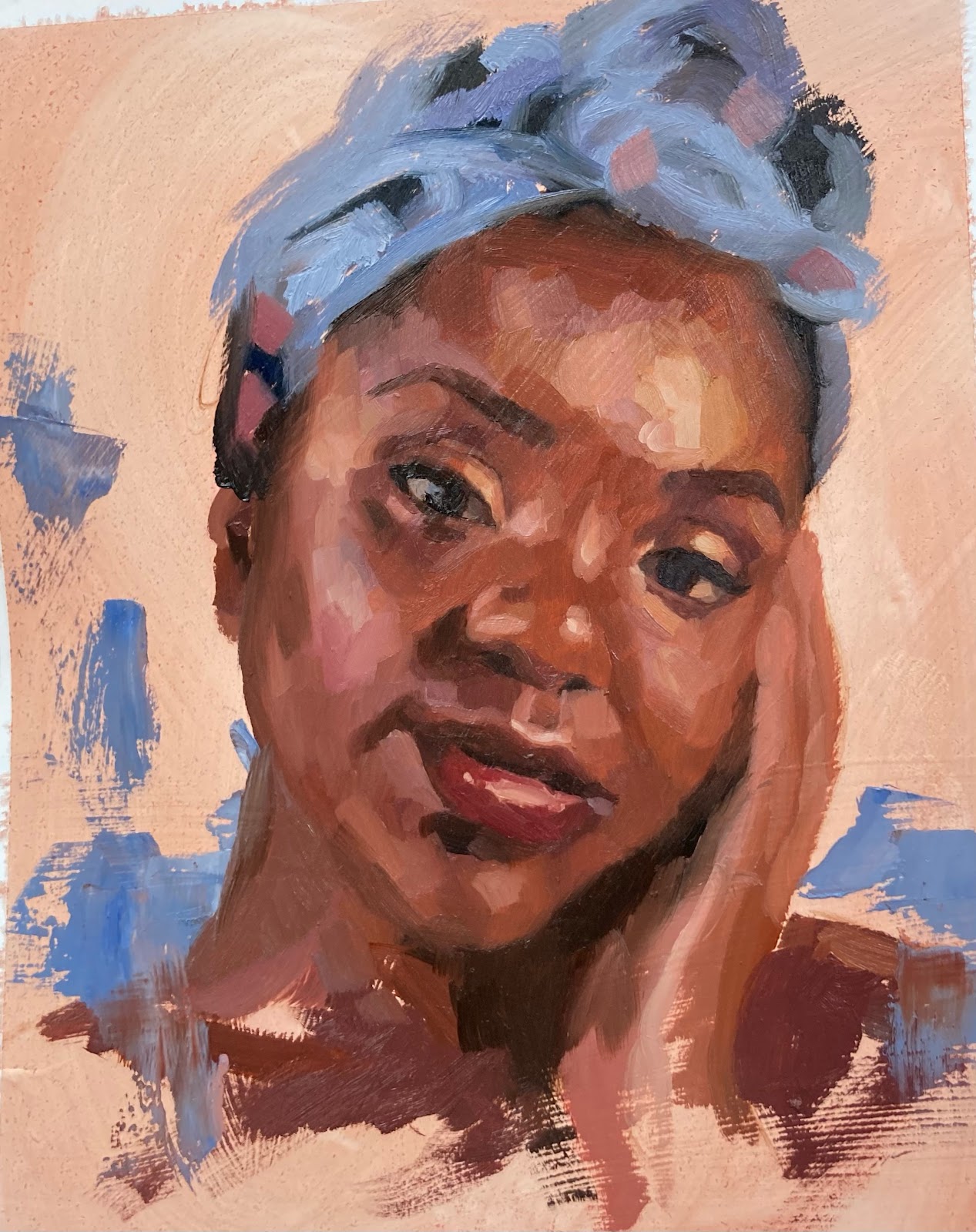 “Whenever I get asked the question ‘How can I be a better ally?’ I always think ‘Well I don’t know, how can you?’ Lol. I just don’t think it’s my or any Black persons responsibility to educate you on the history of race/racism. Growing up, I was always that one Black girl in school/class. That shit was very hard and for the longest, I despised the color of my skin, I hated that I was Nigerian, and I hated my name because it was so different than the ones my peers had. And every time we discussed slavery in school, everybody would look to me for input. That shit was draining.

Now that I’m in college and am growing more with self love, I realize that it is not my job to be the spokesperson for all Black people in class when I’m the only one. It is not my job to teach non Black people how much racism is embedded into everyday society. Cause I sure as hell ain’t getting paid for it. But we host events, panels, discussions etc on campus. And there’s so many books, articles, videos, movies, TED Talks, podcasts etc that will help you learn about issues regarding racism. Add all that on top of just talking to us, you’ll learn so much. So, to those who are still wondering how to be a better ally, I say ask yourself that question. Start taking responsibility for yourself when it comes to these issues, Black people have done our part for CENTURIES. We are exhausted.”

Thank you so much for this great Work!

A true artist’s work , bringing truth and beauty. Thank you.

These portraits and words are so important – thank you so much for creating this assignment, Jessica.

Reeling from this amazing work. It gives me hope about Sewanee to see Black students and their voices not just spotlighted but spotlighted with top-level skill and care. More please, much more.

To Thomas, Kehinde, Bernice, Chauncey, Lakeisha, Marc, Tija, Brittany, and Phoebe-Agnes,
You are all strong and beautiful!

Heavenly, P.A. Very grateful to you and to the picture subjects.

The paintings are beautiful, but it saddens me that Sewanee is such a challenging space for these Black students. Their/your words are powerful.